The Government announced that Professor Rosalind Croucher AM has been reappointed as ALRC President for a further 3 year term—to December 2018. Prof Croucher is currently leading the ALRC’s Freedoms Inquiry.

The ALRC has created an online archive of photographs, documents, interviews and media that track the ALRC’s history over 40 years since its establishment in 1975. The timeline provides an opportunity to acknowledge and celebrate the many people who have contributed to the rich history of the ALRC and to remember their contributions to Australian law reform. Documenting key moments in our history, this timeline will be added to as a living archive. We invite you to visit the timeline and welcome any feedback or comments you may have.

On Friday 23 October, the Hon Chief Justice Robert French AC, Senator the Hon Attorney-General George Brandis QC, and the Hon Michael Kirby AC CMG (ALRC ‘Chairman Emeritus’) joined Professor Rosalind Croucher AM at an event at the Federal Court in Sydney to celebrate and acknowledge the ALRC’s 40 year history in leading law reform. Over 170 guests joined the ALRC to remember, to re-engage and to reminisce about their involvement with the ALRC over this time. 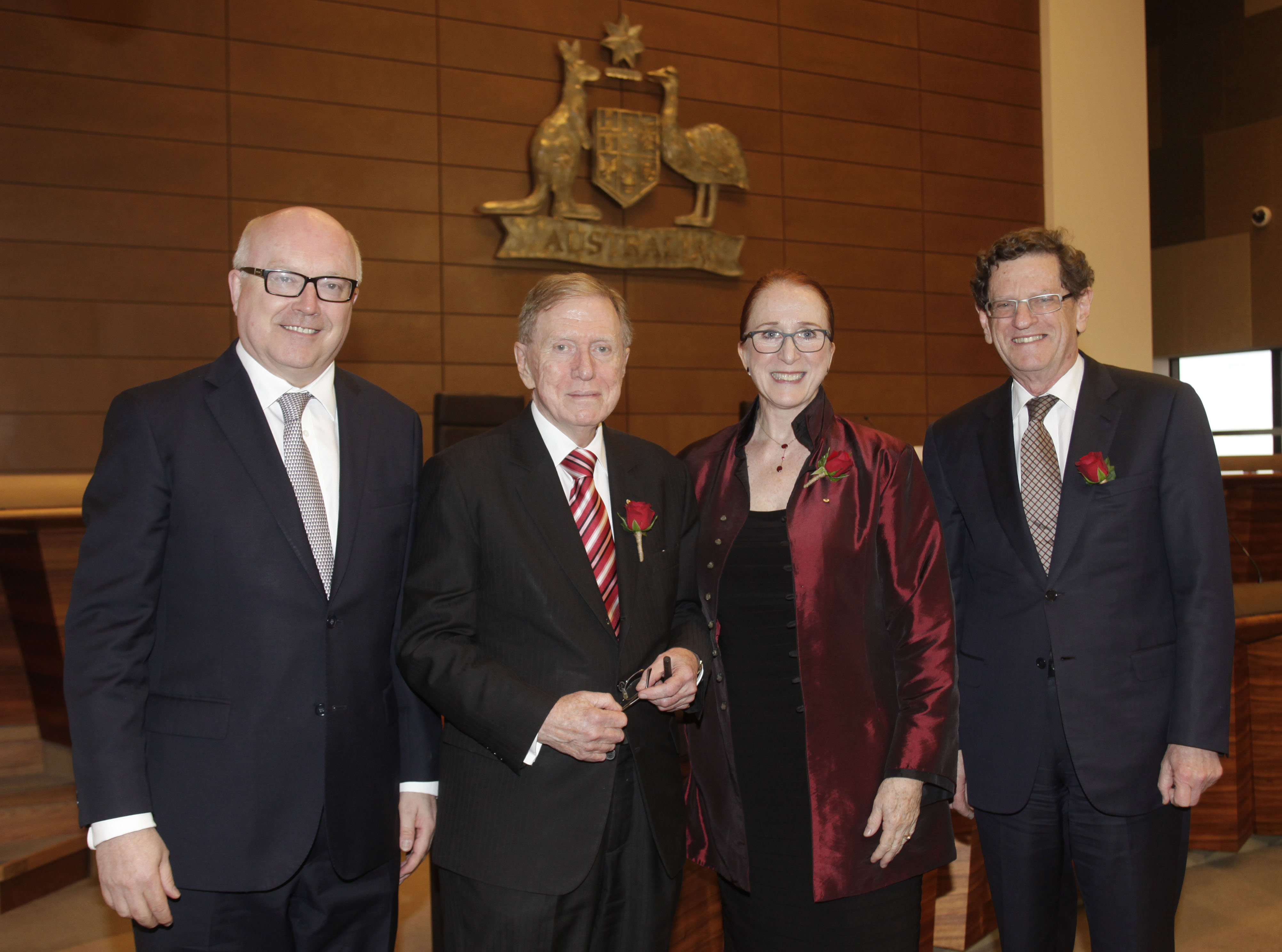 See more photos from the event >>

The ALRC’s legal team is working on the final report for this Inquiry which is due to be completed at the end of the year. An Interim Report was released on 3 August and submissions closed on 21 September 2015. The ALRC has received around 150 submissions. You can follow and join conversations about the Freedoms Inquiry on Twitter using the hashtag #ALRCfreedoms.

During September and October the ALRC held a national series of discussions around the ALRC Freedoms Inquiry, in Brisbane, Adelaide, Sydney, Perth and Melbourne. Where they have been provided, the ALRC has published speaking notes from presenters.

On 9 October, ALRC President Rosalind Croucher delivered the Jack Goldring Memorial Lecture 2015, ‘Jack Goldring—A Man for All Seasons’, at the University of Wollongong. “Jack was a man of principle. His was no ‘Utopia’, but a life of lived principles. He would not have claimed to be a saint, nor a martyr—and he was hardly a hair shirt man—but in every chapter of his life he articulated and lived by commitment to law in action, not in the books. His legacy in legal education is writ large at the University of Wollongong. His legacy in life is shared by those whom his generosity of spirit touched and who hold his memory in warm affection in their hearts.”